Firstly, I normally don't put anything in my system, if I know that it won't agree with me.  My diet is fairly clean, eating mostly whole foods, but I will eat some sweets, ice cream, cannolis, cheesecake, Swedish fish....


I used to eat like crap before when I was drinking and using.  Whatever I could get my hands on, or more often than not, beer was food.  I would order appetizers as a meal. They went great with beer. More often than not, I would end up filling up on beer, and not be hungry.  It would also spoil my stomach.  I made poor choices. It caught up to me, and found my way into Urgent Care 3 times. DR's told me if I didn't change, I would die.  I kept doing what I was doing.
I knew I had to change but wasn't ready.  Mentally, or physically.  Until one day.  I am not going to go into detail here, but decided that I would go check out an alcohol and drug outpatient program.

I walked in, and was greated by a guy.  He said, "Can I help you?" I said I think so, but was just looking to get information about the program.  He said that I looked rough, and said, "information?". Yeah.  He was an in your face kinda guy.  Information.  He said he knew me.  I was like, what?  He said, "Your an fn alcoholic." And?  "You want information, go to the fn IU internet." "Do you wanna get better?  What lengths will you go to be sober, feel better?". I said take it easy buddy, this ain't the army.  "If you feel like shit, look like shit, why not sign up?". It sunk in, I could not do it on my own.  If I walked out that door without signing up, I knew I was going to end up back in the hospital, or worse.  I signed up, and was one of the best decisions I have made.  Life changing event.

Shortly after I signed up, my life began to change for the better.  For the 1st time in almost 20 years I was thinking with a clear head.  I started to feel better physically, as I needed to cut out the crap I was eating, watch the spicy foods,coffee, and zero booze.

Nowadays, it's a bit different!!!  The night before a race, or a long run typically will have cheese raviolis.  Lots of them, like 2 lbs.  I love my pasta and carbs anyways, and it definitely fuels my race or run the next day, and always agrees with me.  So, if it's not broken, don't fix it.

Morning of, I have between 12-16 oz of STRONG iced coffee, more like espresso.  No more than that, sometimes less, cause it makes me race like a pee horse, I mean, pee like a race horse!

I just recently started using Generation UCAN bars.  The bars contain a superstarch, which is slow release, sustainable energy that fills my empty stomach, and fuels my run.  The coffee bean bar does not melt, and I will bring one in my pack, just in case I get hungry, after about 4 hours running.

I switched over from a couple other brands, because I literally would have to crap between miles 2, and 3.

It's annoying, and became a problem. Not to go on and on, but since we moved back to the city. I have been in a few predicaments, with no woods, no stores open, no places to GO!  Again, if it doesn't agree with me, I don't put it in my system.  The other brands stopped working for me, and I needed to change.  For now, UCAN is working, energy, and GI wise.

I also reached out to another ultra runner, and mentor.  He mentioned that he doesn't eat much, even in 100 mile distance, and relies mostly on Tailwind.  He used the Clif pouches, so I gave these a shot too.  The mango banana one I bought taste great, and settles well. Not too filling, but it's food. http://www.clifbar.com/products/Athlete-Series/organic-energy-food

Many ultra runners can eat whatever during a race, subs, pizza, burritos, McDonald's, and drink soda, energy drinks, and coffee.   I cannot.  I would not be able to run another 100 feet.  I would cramp up, and that would be the end of me for that day.

I have been known to snack on Swedish fish and gummies, treating myself with little rewards.  In January, I ran on the treadmill for the 1st time.  I went to the gym, and decided while I was in the parking lot, I would Run the Los Angeles marathon virtually, in support of a fellow Runwell teammate named Chad.  Chad introduced me to Runwell, and I had the time, and motivation to run.  I filled up my water bottles, put in some Tailwind(I will talk about Tailwind in a few).  I checked to see what else I had, and noticed I had a bag of Swedish fish!  I am all set now, let's get this party started.

I started running, and felt fine conditional, just not mentally.  I just was bored.  The 3rd time I saw the same crap on Sportcenter, I thought I was going insane.  I knew, and know, a lot of distance running is between the ears.  I started breaking down this into smaller segments.  I would run for 20 minutes, and reward myself with a handful of Swedish fish!  All I had to do was go 29 More minutes, to the next aid station, and I would get more fish!  Next thing I knew, I was 20 miles in, and the last 6 would be easy.   I got on Facebook during a fish break, and realized that some other teammates were starting a 7 day endurance race, 4deserts Sri Lanka 255k self supported endurance event.  At that point, I looked at the stages, and decided that I would challenge myself, and virtually run that!!!

23, 24, 27, 26, 18, 31, and 5 miles!  7 consecutive days.  I was up for the challenge, but I knew if I was going to be able to complete this, I would need to work out the logistics, and get a lot more friggin Swedish fish!  So that's what I did. Bought more, and used the same plan, just go 20 minutes, eat some fish, and suck it up and keep going  until the next aid station.  It worked.  I even did most of it with zero music, just to see if I could mentally deal with the monotonous task of banging out miles, day after day.  The mind is a terrible thing to waste.

Tailwind.  I don't know how I ever lived without it.  I tried GU'S , shot blocks, Gatorade.  Tailwind is an electrolyte powder.  Their motto is everything you really need.  No gut bombs.  I have never bonked, nor hit " the wall" in later miles while using Tailwind.  2 scoops per 24oz =200 calories.  It agrees with me, always works, I always use Tailwind. Always.
https://www.tailwindnutrition.com


Post looooong run or race, I don't and cannot eat right away. I try and consume and iced mocha.  At home I prepare espresso iced coffee, and add chocolate muscle milk.  It gets rid of the fog, wakes me up, and I get done protein ASAP for recovery.  Shower, then ready for whatever the day brings. Then, I'll eat properly. 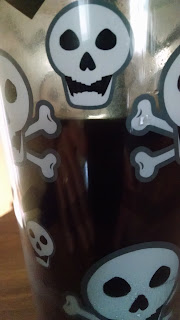 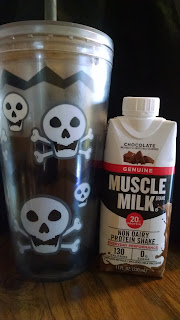 I will usually have a smoothie, banana, blueberries and coconut milk and protein powder post shower.  With this, I may eat a granola bar.  Nothing super heavy, greasy, spicy yet.

For lunch, I will typically eat pizza.  Could be cheese, meatlovers, white, depending on what I feel like.  I also eat subs, or sandwiches.  All different types, calzones as well.

Afternoon snack is often another protein smoothie, and maybe some fruit, especially in the summer.

For dinner, I usually have a normal meal.  All depends what is on the menu!

As I continue training for my 1st 100 miler, I am confident that I won't drink alcohol, have a great training base, and finally have a nutrition plan to succeed and finish, and hopefully complete for a top 20 finish!  Aim higher!!!
Posted by Hendawg3 at 9:14 AM